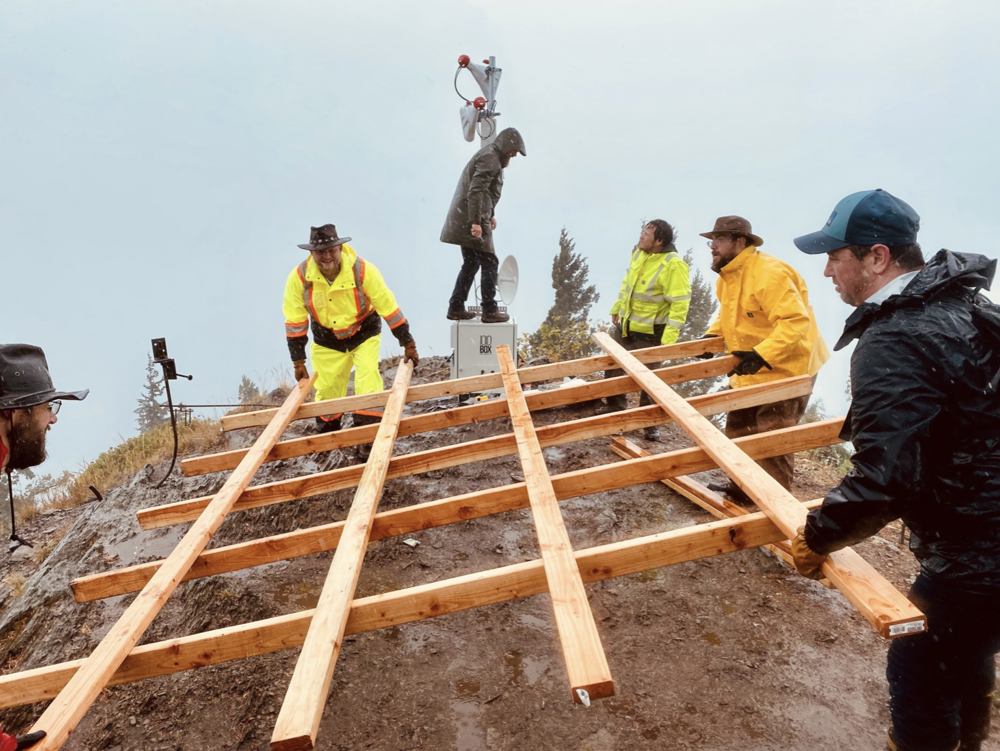 The four Acevedo boys attend school from two noisy Springfield hotel rooms more than an hour from home just so they can have internet access.

The Red Cross provided the hotel rooms after the family fled the Sept. 7 Holiday Farm fire. Sandra Acevedo, the boys’ mother, wants to return to their home, which was spared, but it no longer has internet. She is frustrated and stressed, struggling to do what’s best for her children.

“I want them to go to school and have a better education than I had, and I can’t provide that,” Sandra said.

More than anything, they need reliable internet, Sandra said.

A Herculean effort by Oregon Internet Response linked the McKenzie School District campus on Saturday back to the web, setting up more options for area families seeking internet solutions.

The September wildfires highlighted a stark digital divide in Oregon and across the country. Students with limited internet because of poverty, unstable homes or lack of local service struggle to keep up with their statewide peers when they can’t talk to teachers or see the same materials.

Like a lot of rural Oregon communities, the McKenzie River Valley posed a challenging environment for internet-focused distance learning even before the fires. The steep valleys and dense tree cover block satellite signals. Land-based internet is expensive to extend to the spread-out homes, if it is available at all.

The fire wiped out cellphone towers and utility poles and melted fiber internet cables, cutting off the community east of Eugene from an indispensable tool in today’s learning environment.

Oregon Internet Response, a volunteer group of tech professionals, set up a series of relay stations on high points to wirelessly beam broadband internet from the Hoodoo Butte station to the McKenzie Valley. Bend Broadband donated the bandwidth, and other companies donated tens of thousands of dollars in equipment. Volunteers hauled hundreds of pounds of gear up Castle Rock trails in wind, rain and cold to set up a station.

“This is an extraordinary feat of engineering,” said Matt Sayre, a volunteer with the group. “It was a big, hairy challenge.”

The group placed three Wi-Fi broadband access points in the community for businesses and families. At the McKenzie River Community School, they set up a satellite dish for internet access in the school as well as an access point offering free Wi-Fi in the parking lot.

Sandra Acevedo said the community internet access could give her more reason to return home. She likes being able to reach a stable connection only a few minutes from her house, but as the weather turns colder, she doesn’t fancy the idea of four boys trying to learn in a parked car.

More encouraging is the possibility of students being allowed to set up in classrooms for distance learning. Acevedo said she would like that.

With internet access restored to the McKenzie school, Superintendent Lane Tompkins is looking at offering distancing learning in the school to students who need a warm, dry place to work. Staff, many of whom also lost homes or internet access, will also now be able to work from the buildings.

The McKenzie school year opened Sept. 28 with distance learning. The district is one of three wildfire-affected school districts with an exemption to offer in-person learning to all students, but Tompkins plans to continue distance learning for now. The school has smoke and fire damage. Students and staff are scattered, with roughly a quarter of McKenzie’s 220 students and a third of its 50 staff having lost their homes, according to Tompkins.

“Getting students connected to good internet is the big challenge now,” Tompkins said.

The district has been handing out hotspots, but those rely on temporary cellphone towers with limited range and capacity.

Knowing internet has been restored to the school, a rallying point for the community, is uplifting, said Gina Siqueiros, a licensed professional counselor. She said having a place that feels safe and familiar such as the school helps with handling trauma.

“To know the school is there and things are happening there, it emanates out into the community,” she said.

Siqueiros, a mother of three, feels the stress firsthand.

Their home survived, but they lost internet. On the first day of school, she drove her three children to a nearby temporary tower to connect them through her phone’s hotspot so they could work in the car.

“I just stood in the parking lot and tried to breathe while the kids did school,” she said.

She quickly used up the data on her phone, but the school gave her a hotspot recently. The three kids must work in one room, one of the few places in the house that gets reception.

Siqueiros had hoped the school year’s start would offer consistency for her children. Instead they are already behind on their work because of the spotty internet.

“I know that doesn’t feel good to them,” she said. “They are down before they even begin, and it’s only been a couple of weeks of school.”

Siqueiros said internet is no longer a nicety; it is now a necessity.

Oregon Internet Response grew out of a group of skilled professionals who wanted to help people after the wildfires.

Sayre stressed that the connection points are a temporary solution while service providers rebuild the infrastructure. It shouldn’t take a tragedy for a community to get internet service, Sayre said.

“We can’t truly be inclusive unless everyone has access to broadband internet,” he said.