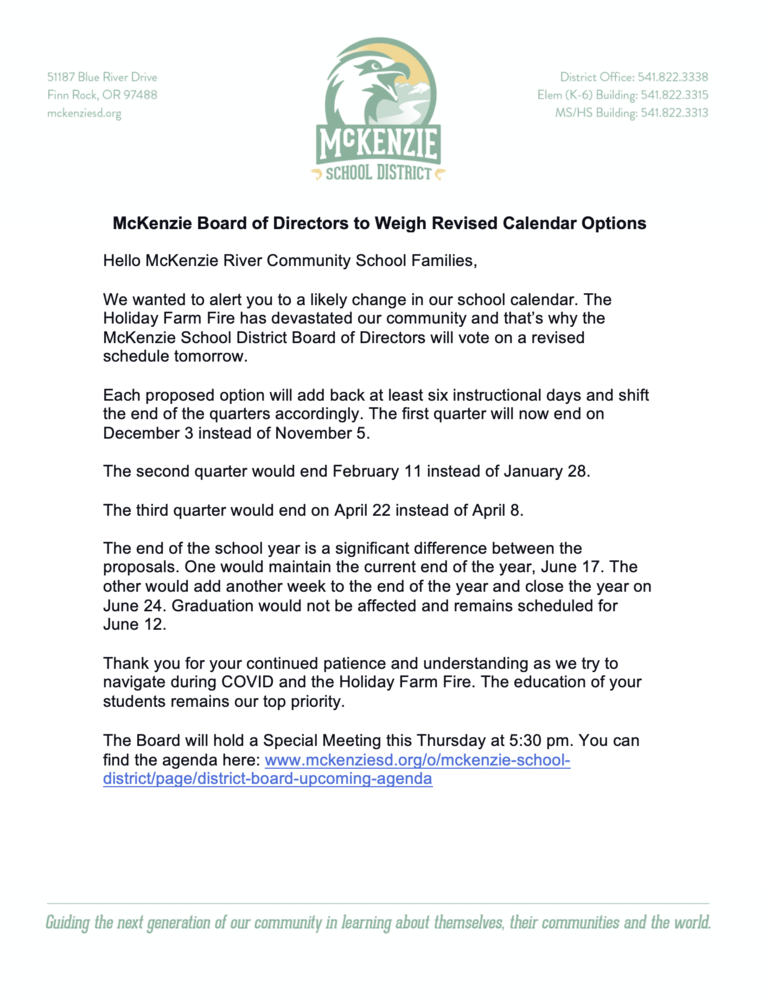 McKenzie Board of Directors to Weigh Revised Calendar Options

We wanted to alert you to a likely change in our school calendar. The Holiday Farm Fire has devastated our community and that’s why the McKenzie School District Board of Directors will vote on a revised schedule tomorrow.

Each proposed option will add back at least six instructional days and shift the end of the quarters accordingly. The first quarter will now end on December 3 instead of November 5.

The second quarter would end February 11 instead of January 28.

The third quarter would end on April 22 instead of April 8.

The end of the school year is a significant difference between the proposals. One would maintain the current end of the year, June 17. The other would add another week to the end of the year and close the year on June 24. Graduation would not be affected and remains scheduled for June 12.

Thank you for your continued patience and understanding as we try to navigate during COVID and the Holiday Farm Fire. The education of your students remains our top priority.

The Board will hold a Special Meeting this Thursday at 5:30 pm. You can find the agenda here: www.mckenziesd.org/o/mckenzie-school-district/page/district-board-upcoming-agenda