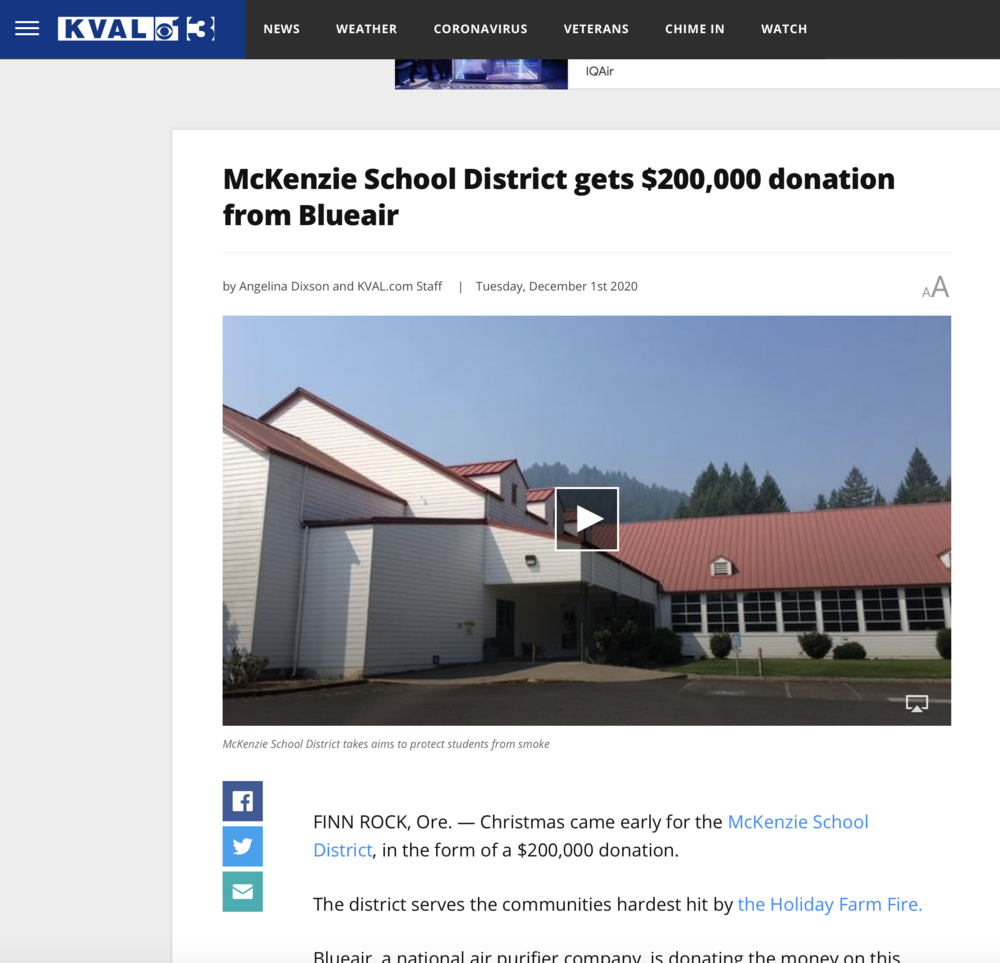 FINN ROCK, Ore. — Christmas came early for the McKenzie School District, in the form of a $200,000 donation.

The district serves the communities hardest hit by the Holiday Farm Fire.

Blueair, a national air purifier company, is donating the money on this Giving Tuesday.

"One of the biggest needs still in the McKenzie area is internet and telephone connections," said Lane Tompkins, superintendent of the McKenzie School District.

$200,000 later, it may be a thing of the past, thanks to a generous donation from Blueair.

It's a serious helping hand for the McKenzie School District.

"We were just taken aback," Tompkins said. "It was a great surprise and much appreciated. And they're also providing some air purifiers too. So, when students do return to campus, they'll breathe in cleaner air."

Giving Tuesday is a major campaign for the air purifier company. Blueair says they selected the school district, not only because of the Holiday Farm Fire but also because of their passion to take care of children.

"We've always been about supporting children, children at the most at risk with indoor/outdoor pollution," said Suzy Kwiecien, the head of marketing at Blueair. "Because they're still developing, they're still growing and that's how the company was actually founded."

After the Holiday Farm Fire raged through the McKenzie River area this past summer, the community is still on the mend in more ways than one.

Thankfully, now the McKenzie School District can breathe a fresh sigh of relief.

The superintendent says the donation will help greatly, as phone and internet reception has been slim to none at times.