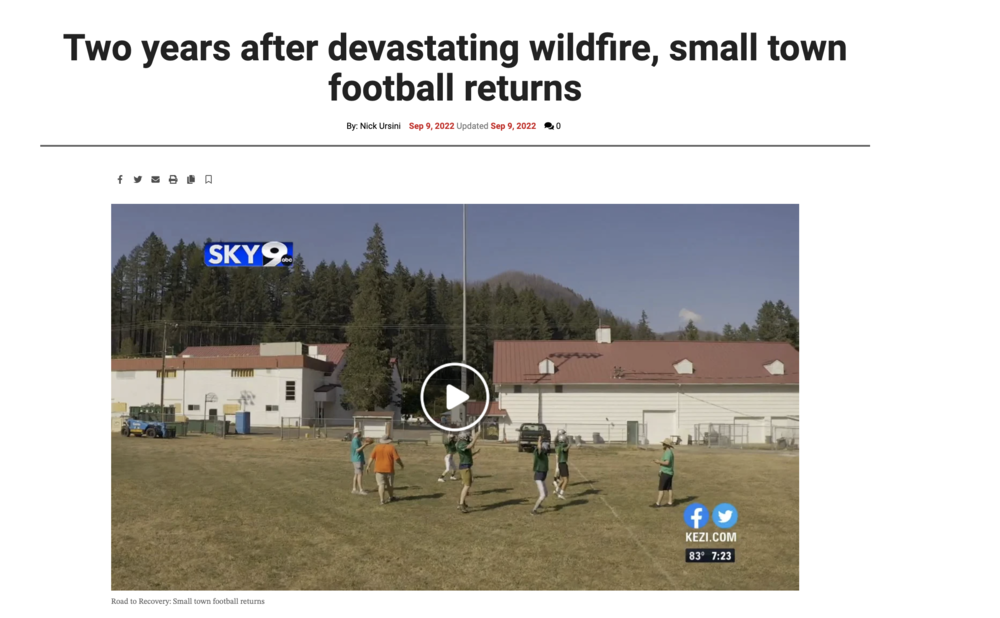 MCKENZIE RIVER VALLEY, Ore. -- When talking about high school sports, you hear a lot about wins and losses. But this year at McKenzie High School, it’s about everything off the field.

The view at McKenzie High School is like no other. Nestled between steep hillsides, it’s the definition of small-town football… with a roster to match. Just 10 kids for six-man football.

This is head coach Neil Barrett’s second stint at McKenzie. Oftentimes coaches take on what they call a rebuilding job, but this rebuild is much different and much more important.

“An opportunity came open to be in administrative role and help rebuild the culture, and bring some positivity back, and try to get the community in spaces where they can enjoy each other and watch kids be successful,” Barrett said.

None of the kids have ever played football before, and they’re eager to try their hardest this year. Coach Barrett says that since returning he’s been amazed by the resiliency of the kids.

“We were super concerned that they would be struggling, and they had their moments of dealing with trauma and stuff,” Barrett said. “The fact that they could show up for school every day and have the ability to learn and hang out with their friends was impressive.”

If you plan on going, don’t be late. Small town football with the ultimate backdrop of the McKenzie Valley is not something to miss.